Don’t Believe These Myths About Writing 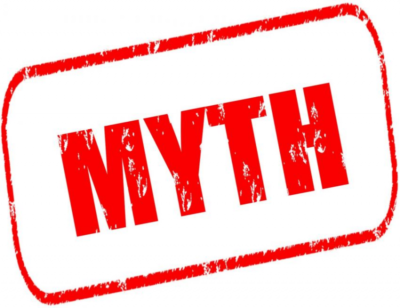 Myths can distort and darken a writer’s world. I want your creative world to be sunshine-bright. So I offer here some myth-busting to chase away the clouds.

Myth #1. It’s Impossible To Get Published These Days

This myth says the publishing industry is a closed shop, and that publishers open the door just a crack to let in only the well-connected chosen few referred to them.

Believe me, it’s not so. Publishers are always looking for wonderful new novels, from anywhere. They long to find that undiscovered gem of a manuscript, and to be the champion who unveils it to the world. The same holds true for agents. The truth is, nothing makes all of these industry professionals happier than to discover exciting new talent. It’s a personal thrill for them. It’s also part of their job description: to bring in new talent. If they don’t, they could get fired.

But here’s another truth. All of these pros—agents, and acquisition editors at publishing houses—have to feel that a book could be a winner. They have to fall in love with it. Because the commitment to taking on a book is huge. An agent can spend many months “shopping” a novel before finding a publisher for it. And an editor at a publishing house has to be the book’s champion within their company and do battle with other departments who may doubt that the book can succeed.

So, when an agent or editor wishes they could take on a book but just can’t see a way to get behind it, it breaks their heart to say no to the writer.

For the writer, of course, this can be devastating. But that doesn’t change the marketplace reality, which is that agents and publishing house editors work in a business, not a literary admiration society.

So, to break in, your best bet is to write a book that is both compelling and marketable.

Oh, really? Tell that to the many writers I’ve mentored who have gone on to create wonderful books and have them published!

Very often, I’m sent manuscripts that are full of promise, and only need some expert advice to fuel another draft with the power necessary for the story to succeed.

Here are the words of a few of “my writers”:

“Barbara, what I appreciated most was that your suggestions were true to my story and my characters. You helped me find the right path.” – Cryssa Bazos, author of Traitor’s Knot

“Barbara, the insights and advice you offered helped me add depth and human complexity to the story that kicked it up two or three notches. Your inspiration made a huge difference.” – Bill Prentice, author of Why Was Rachel Murdered?

Myth #3. Writers Depend on Inspiration

This is a stultifying concept: that the art of writing springs from inspiration alone; that if a writer has “talent” the story flows out with effortless brilliance. Emerging writers who fall prey to this myth often expect instant perfection, and when their first draft falls short, they’re dispirited, as though they’ve somehow “failed.”

That’s nonsense. Successful writers know that all first drafts need plenty of work to focus, tighten, and enrich the story. Producing a compelling book requires several drafts, each with a function. It’s a process. It often goes like this:

First Draft Hell. As Ernest Hemingway famously said, “The first draft of anything is shit.” So, do this draft as quickly as you can, just to get it done, because know this: it will be clunky. It will have many clichés of character, plot, and style. Don’t worry; you’re going to fix those in the next drafts.

Second Draft Delight. The second draft is the one many writers enjoy most. You know you’ve got a story that will work once its rawness is refined. So, now you can settle into the pleasurable task of deepening the characters’ relationships, enriching the settings, and honing the dialogue so it’s acutely character-specific.

This is where you cut out deadwood detail, especially dormant masses of backstory and overgrown clumps of description. It’s also your last chance to be bold. Cut a whole scene if it doesn’t work. Change a character’s motivation. Rebuild your climax to intensify the characters’ emotions and actions. Enrich and sharpen every scene. The second draft is about creating complexity, nuance, and rhythm.

Third Draft Tidy-Up. The third draft is for polishing. This is where you pluck out the little burrs of clumsy dialogue. You tighten a scene’s lagging pace. You refine any overwritten scene openings and endings—that is, a scene should start not with a timid tip-toeing in but with something already underway, and should end not by trailing off with anti-climactic extra material. As screenwriters wisely say about scenes, “Get in late, and get out early.” Also, this draft is where you work, finally and carefully, on word choice, cutting every superfluous word, finding fresh phrases to replace the clichés, and perfecting your metaphors and similes.

As all serious writers know, building a book is a process.

My goal is help you get there – to create a book that will excite agents and publishers, and enthrall readers. A page-turner.

P.S. For many more tips on writing a book that will excite agents and publishers, see my video series “Your Path to a Page-Turner.”