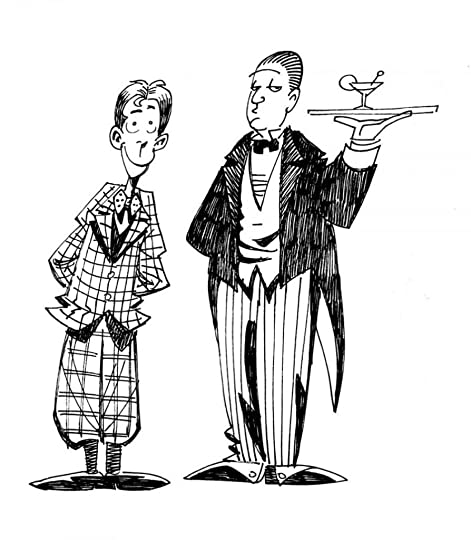 However, during the eighteen months it took to complete, there were days when the work was definitely not making me happy.

Luckily, my career as a writer has taught me how to deal with those “blah” days. I take a literary anti-depressant: any story by P.G. Wodehouse, the genius who created the ineffable valet Jeeves and his inane but lovable employer, Bertie Wooster.

Whenever I feel down, a hit of Wodehouse’s writing gives me a warm, mellow high. It’s a true wonder drug. 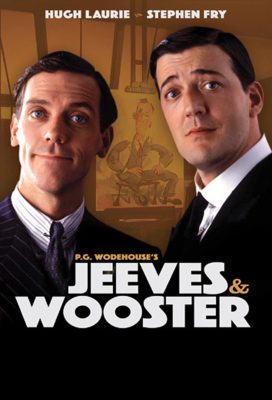 Hugh Laurie as Bertie and Stephen Fry as Jeeves delighted millions in the British TV series of the 1990s. Fry extols “the extraordinary, magical and blessed miracle of Wodehouse’s prose … In my teenage years, his writings awoke me to the possibilities of language. His rhythms, tropes, tricks and mannerisms are deep within me. But more than that, he taught me something about good nature. It is enough to be benign, to be gentle, to be funny, to be kind.”

Besides being a genius of madcap storytelling, Wodehouse invented some marvelous words. Three examples:

Gruntled. Adjective meaning “contented,” the antonym to “disgruntled,” coined in The Code of the Woosters (1938): “He spoke with a certain what-is-it in his voice, and I could see that, if not actually disgruntled, he was far from being gruntled.”

Persp. Short for “perspiration,” this first appeared in The Inimitable Jeeves (1923): “The good old persp. was bedewing my forehead by this time in a pretty lavish manner.”

Plobby. This describes the sound of a pig eating. It appears in Blandings Castle (1935): “A sort of gulpy, gurgly, plobby, squishy, wofflesome sound, like a thousand eager men drinking soup in a foreign restaurant.” 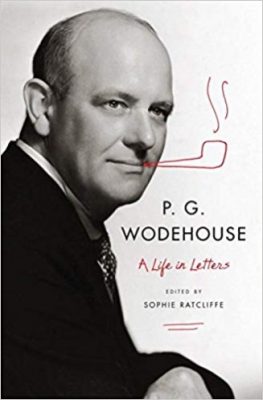 Here’s the prescription for this literary wonder drug:

Dosage: One to three chapters every evening before bedtime.

Side effects: Tender abdomen from laughing; sore facial muscles from smiling; stiff neck from shaking head repeatedly at the wonder of the author’s comic genius.

Contraindications: Do not take this drug if you suffer from hard-heartedness or lack a sense of humor.

“Wodehouse’s world can never stale. He has made a world for us to live in and delight in.” – Evelyn Waugh.